Voltage: The show will not go on

Annual fashion-and-rock show Voltage: Fashion Amplified has been a staple of Twin Cities fashion since it debuted in 2004 at First Avenue. With creator and producer Anna Lee's widely unreported announcement at last year's show that it would be her last time producing the show and, in effect, the "last Voltage as we know it," it has proven to be the case. The show will not go on, MNfashion representatives told Jay Gabler of Twin Cities Daily Planet this week. 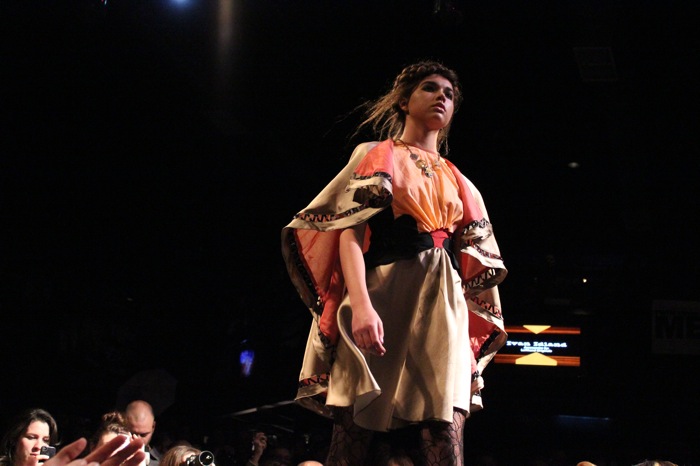 [Pictured: A look by Ivan Idland from Voltage 2011. Photo by Mary O'Regan/Art of Wore]
On a personal note, I had been with the show every year as Lead Stylist, helping curate the lineup of fashion designers, accessories designers, and overall styling since 2007. I, along with nearly every other crew member (most of whom had been with the show since the beginning) had also resigned from the show, so this came to no surprise to me. If Voltage were to continue, it'd continue in a different format with a completely new team. The door is open for Voltage to return, but it's safe to say it's the end of an era.

On the upside, MNfashion has decided to focus their energy on the newly-rebranded Minneapolis-St. Paul (MSP) Fashion Week (formerly MNfashion Week), happening February 19-26. Visit mnfashion.org for forthcoming lineup to be announced, and Twin Cities Daily Planet for the full story.
Posted by Unknown at 2:39 PM