This week in local fashion news, it was all about Project Runway: Christopher Straub squeaks by on Episode 9, Nina Garcia bemoans Ra'mon-Lawrence Coleman's aufing, and Christian Siriano swings by the Twin Cities during his book tour. 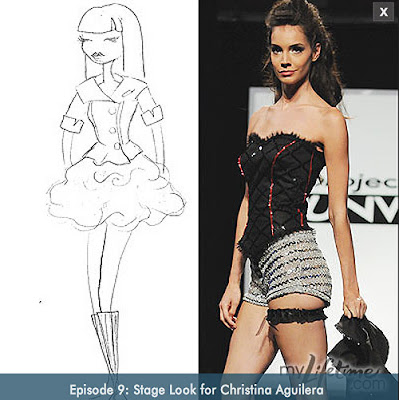 [Christopher's sketch and design for Episode 9 courtesy Lifetime]
Christopher Straub squeaked by last week on Project Runway. Though the judges railed against it, I actually liked his fitted-on-top, bubble-skirted jacket for its exaggerated shape, and felt he was one of the only designers who designed something that had some impact on the stage - though the bustier and sequinned boyshorts seemed a little like an after-thought. It was his third time in a row landing in the bottom three, after having a lot of success with the first handful of challenges. Funnily enough, Tim Gunn said in the workroom he didn't think it went far enough: "It should be super sexy slut." Best - and most shocking - Tim quote ever?! Shirin Askari was eliminated instead for her witchy, shredded satin gown, while Carol-Hannah Whitfield took home her first win for her sophisticated feathered, sequinned black gown. 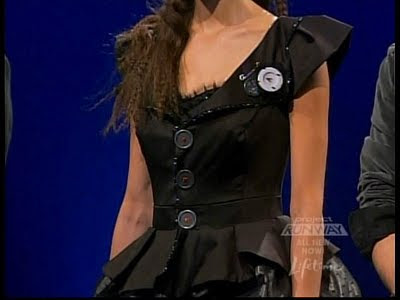 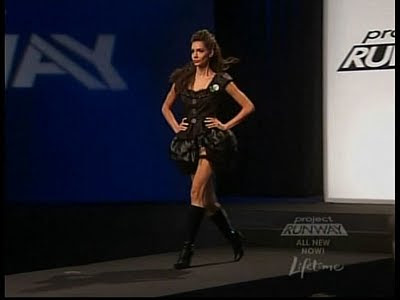 [Christopher's look from Episode 9 courtesy Lifetime]
Tom and Lorenzo of Project Rungay actually agreed. "For us, what makes this entry defensible is the fact that he was the only designer who conceptualized it in terms of stage wear. He gave her two distinct looks with quick-change capabilities. And to be honest, we kind of liked this look." 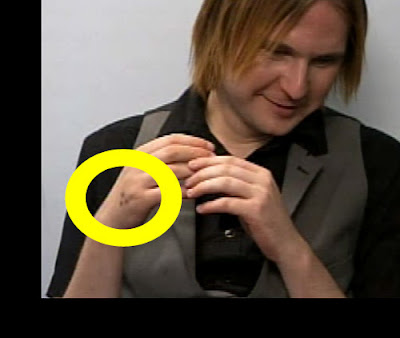 [A screenshot of Nicolas' tattoo, courtesy Jezebel.com]
Also in this episode, Jezebel spotted the third of the three designers who reportedly got matching tattoos on the show, the others being Christopher and Ra'mon. Ra'mon first revealed the story of his and Christopher's matching tattoos in my article in Vita.mn on August 20, and he repeated it in a recent interview with Jezebel.com. Funny, I wonder why Ra'mon and Christopher wouldn't reveal Nicolas to be the third with the tattoo?

This week, Christopher Straub reportedly was named in TV Guide's October 19-25 issue as one of "Reality TV's Breakout Stars."

Ra'mon was interviewed last week at onmilwaukee.com; last Friday, he showed his Spring 2010 collection at Milwaukee fashion show "RunUp to the Runway." 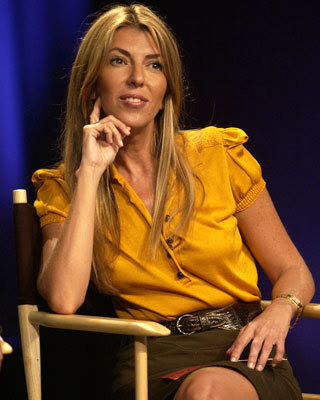 [The always-impeccable Nina Garcia]
Also last week, Nina Garcia bemoaned Ra'mon's aufing in this interview with Entertainment Weekly. Here's what she had to say about Ra'mon and the judging of this season: "That upset me. Cause I thought Ra’mon was very talented. He was one of my favorites, actually. When I came back from Europe, he was the first person I was looking forward to seeing. And when I didn’t see him, I was like, [outraged] “Who ousted Ra’mon?! Who did it?! Who killed Ra’mon?!” [laughs] You get attached to some of them. You can’t help it. And that’s the problem with having so many people [filling in on] the show. When you’re there all the time, you know what’s consistent. I know what Ra’mon has shown before. I have it in the back of my mind. Even if he has a bad challenge, I know what he’s capable of. But when I’m disconnected for a few weeks, it’s harder for me to connect with the history of what he is doing. And the same goes for the judge that comes in. They’re really judging them on that particular date." 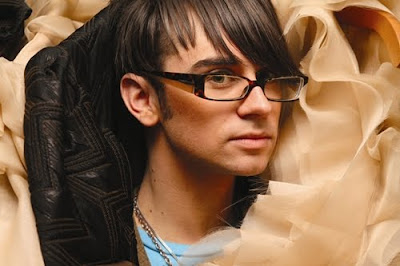 [Image of Christian Siriano originally published in Elle Magazine]
On Saturday, I got the chance to meet with Christian Siriano in person before his book signing event at the Mall of America; look to this Thursday's issue of Vita.mn for the story. I'll also be posting the full text of the interview exclusively at Vita.mn online this week. In the meantime, check out ShopGirls' podcast of their interview with him. 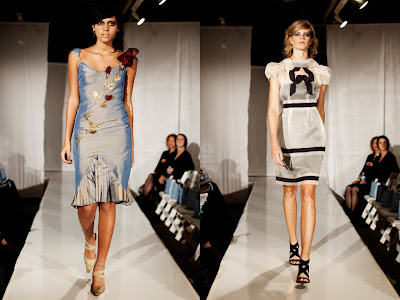 Ignite Modeling has a new blog, as do photographer Jenn Cress and stylist Jane Belfry, called the The Fashion Critic.

[Rodarte for Target lookbook image courtesy Target]
In sort-of-local news (being that Target HQ is in Minneapolis), new images previewing the Rodarte for Target line are all over the internet. NYmag.com has a preview as does Nitrolicious. I was among the first bloggers to leak an image of a Rodarte for Target piece back on September 6; I was recently asked by Target to remove the image and post instead the official lookbook image. The line is set to come out December 20.
Posted by Unknown at 9:00 AM