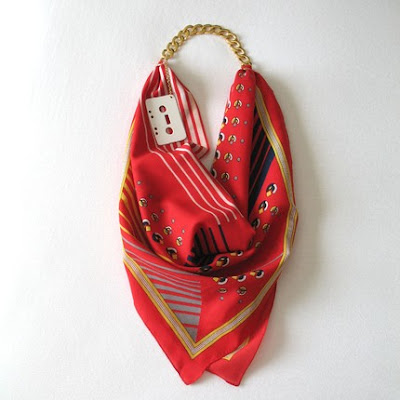 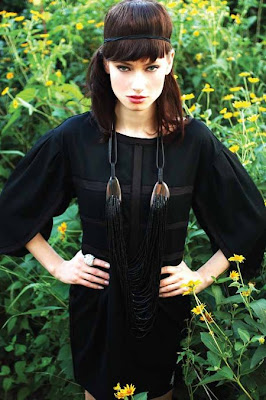 [l'etoile agency for Opitz Outlet / Image by Kate Iverson / Styling by Eclecticoiffeur]
l'etoile, MNfashion Week, Cliche, Calpurnia Peach, ShopFatal.com, The Minneapoline, and the East Hennepin shopping district made the METRO Top 100. Fancy! (Read about it here and here.) In it, l'etoile is called "an online magazine with the biggest Rolodex in town." In other news, l'etoile's Editor-in-Chief Kate Iverson was also named social director of the year in Minnesota Monthly.

Lookbook - Over and Over from Bo Hakala on Vimeo.

Check out this gorgeous video of one of my favorite local bands, Lookbook, by local director Bo Hakala. The band's latest album "Wild at Heart" was just released last Saturday; you can pick it up at Electric Fetus or at CDBaby; I highly suggest picking it up. Their next local show is next Wednesday, October 14 at Sauce Spirits & Soundbar, and if you live near NYC, they are embarking on a small east coast tour next weekend. 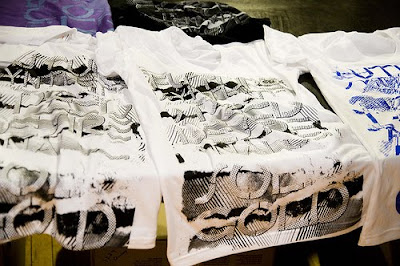 [Solid Gold-Anthem Heart collaborative tees / Image by Stacy Schwartz/kisskiss Photography]
Another fave local band, Solid Gold, just announced they have an e-shop. It will include detailed info on size, color, style of t-shirts, as well as web exclusives, limited edition t-shirts, and special closeout pricing. Digital downloads of the band's music will also be available, if you feel like giving Apple the shaft. 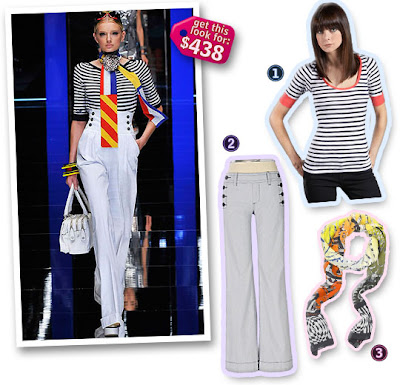 [A screenshot from Runway Rundown]
The newly-launched Runway Rundown shows that you don’t have to succumb to the recession blues when it comes to looking fabulous. The Minneapolis-based website shows you how to turn trends and runway looks into reality, with new outfits and styling ideas daily. You can search by season, designer, color, material, and trend. It’s already been becoming a heavily-linked-to blog nationwide, so it’s definitely worth adding to your daily blogroll. 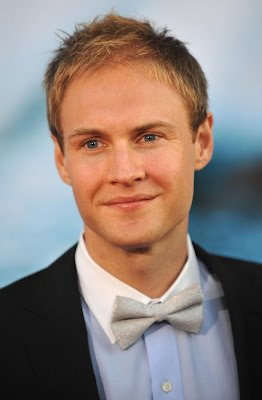 [James Francis Ginty in Ra'mon-Lawrence]
Actor James Francis Ginty recently was spotted wearing Ra'mon-Lawrence at the premiere of "Surrogates" at the El Capitan Theatre in Hollywood. "I wanted a re-invented Old Hollywood in the tuxedo that was
appropriate for him (Ginty)," said Ra'mon. "The look has to represent
the person as well as the designer." In other Ra'mon news, Jenna Elfman discussed Ra'mon's aufing on the Craig Ferguson Show. 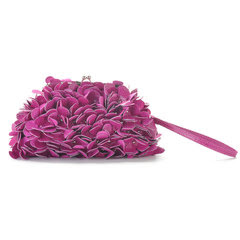 [Christopher Straub's "Petals Clutch"]
In other "Project Runway" news, Minnesota's own Christopher Straub was among three "PR" contestants on the "Rachael Ray Show" last week. On the show he went head-to-head with Althea Harper and Qristyl Frazier using only raw foods, and was named the winner of the challenge by guest judge Nina Garcia. "It's tailored, it looks impeccable," Nina remarks about his dress made out of radicchio. "I love that little colored waist band that accentuates her waist; and the one-shoulder - right on trend!" (Unfortunately, I was unable to find any images of the winning design.) Straub later told me that Rachael bought one of his ruffled "Petals Clutch" bags. You can purchase the bag and Straub's other accessories as his online shop.

The last two weeks on "Project Runway" saw Christopher struggling at the bottom of the pack - this, after being one of the top designers consistently. Let's hope he recovers next week! BTW, did you know Christopher Straub has a blog? He recaps the previous challenges for us, giving us extra juicy deets!

Blogging Project Runway has an exclusive interview podcast with Ra’mon, in which reveals that there’s a third designer that shares his and Christopher Straub’s hand tattoo.

Star Tribune has a Q&A with “Project Runway” model Katie Stricksel, who grew up in Minnesota.