Ra'mon-Lawrence for Lauren Conrad at Kohl's

As reported earlier today by LOL OMG!, Lauren Conrad's just-released lookbook for her spring 2010 Kohl's collection is already circulating around the internet. I was first to report back in mid-July in an interview exclusively for l'etoile magazine that former local designer Ra'mon-Lawrence Coleman would be teaming up with the former Hills star for an ongoing partnership with Kohl's as part of his responsibilities as Kohl's lead designer. Though their first line last fall was a bit more on the basic side, the spring line is a noticeable improvement in both style and quality. (Click here to view the latest collection from LC Lauren Conrad for Kohl's.)

Perez Hilton agrees, saying, "The clothes don't even look half as cheap as we thought they would." Thanks to Ra'mon, surely - I do detect more than a hint of Ra'mon's signature design elements at work. Let's take a look at the collection, with some of Ra'mon's past work for comparison's sake. 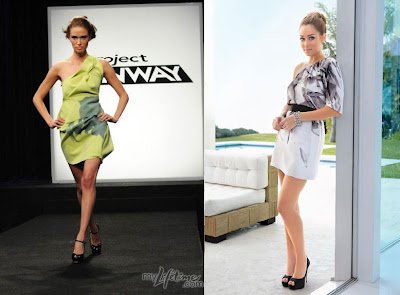 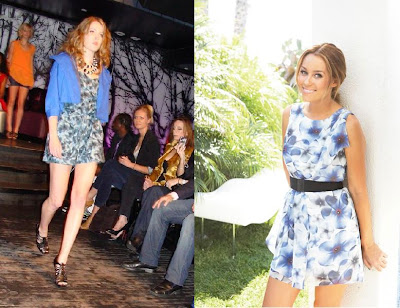 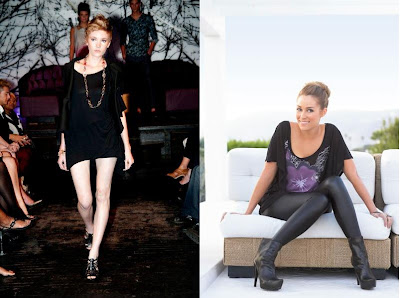 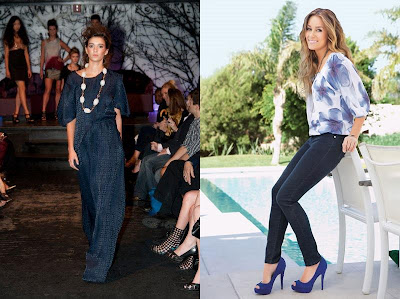 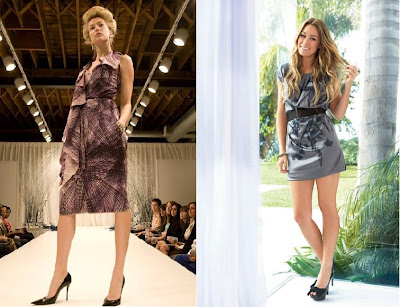 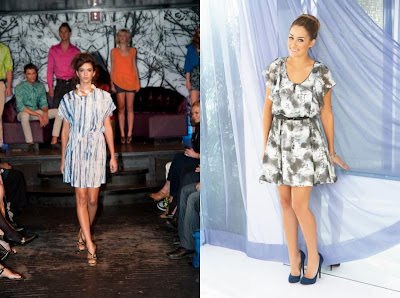 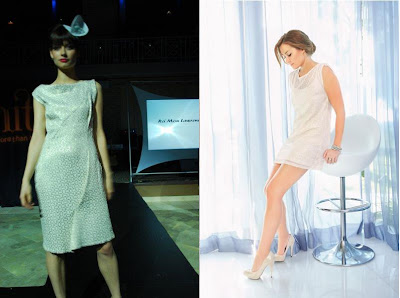 [L: Image courtesy Ignite Models Inc. R: Image courtesy Kohl's]
The shimmery dress: The ivory and gold "Michelle" dress from Ra'mon's Holiday 2009 collection could have been a reference point in Lauren's shimmery, pale minidress.
Not to take away from Lauren Conrad's clear influence: The collection is definitely a bit more L.A. and girlish than the more artistic, more womanly silhouettes Ra'mon is known for. What do you think?

Image references: The Budget Babe; Project Rungay; Le Petit Connaisseur de la Mode; facebook.
UDPATE: Sweet! Just got word that a bunch of national fashion blogs - the very ones that I look to on a daily basis for the latest fashion news - have linked to my post and l'etoile sister site LOL OMG!'s blogs on Ra'mon-Lawrence Coleman's involvement with Lauren Conrad's line for Kohl's.

New York Magazine's The Cut's blog was first to re-post.

Tom and Lorenzo of Project Rungay linked to it on their facebook page.

Blogging Project Runway gives my blog a shout out.

Perez Hilton links back to The Cut blog (though doesn't give us credit directly).

UPDATE #2: The plot thickens. Apparently, the position as lead designer for Lauren Conrad's Kohl's collection is open. Also, it's based out of New York, instead of Milwaukee. Currently, Ra'mon is lead designer of all Kohl's lines, which includes Conrad's line. This could mean one of two things: Ra'mon is leaving Kohl's, or he will focus on other Kohl's line with a new designer to be brought in to design for Conrad.
Posted by Unknown at 3:32 PM