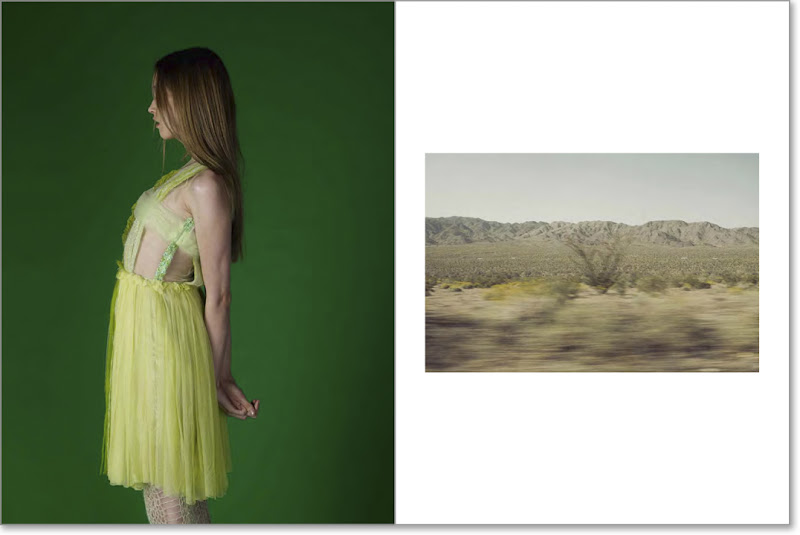 [Left photo by Catherine Opie; right photo by Alec Soth]
The New York Observer reported that Opie shot Rodarte clothing on models, while Soth, conversely, offers photographs inspired by California sites that have inspired the sisters' work. Not a single piece of Rodarte clothing appears in his images. It serves as an example of how the boundaries between fashion and art have increasingly blurred in recent years. The book is currently available for just over $50 at Amazon. ArtBook.com has more photos from the book.

This isn't Soth's first foray into fashion - he first offered his outsider take on fashion via Paris, Minnesota, a book-size tome that is part of the ongoing "Fashion Magazine" series put out by book publisher Magnum. I wrote about the book's 2007 release for Vita.mn.
Posted by Unknown at 9:40 PM